Because of our move I got a little behind in my Martha Stewart Cupcake Club. June's cupcake was the Strawberry Cupcake. That will come later this month. July's cupcake was the Flourless Chocolate Cupcake. When I first picked up this book and flipped through it, this one caught my eye. I had never tried this before and was excited to see my results.

The cupcake is super easy to prepare. I melted butter (mmmmmm....butter) and semi-sweet chocolate chips on the stovetop over simmering water. It made a smooth chocolate. Yum. 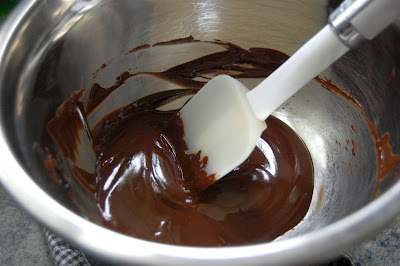 Beforehand I had separated three eggs. The yolks were wisked into the chocolate and the whites were whipped up with some sugar to stiff peaks. 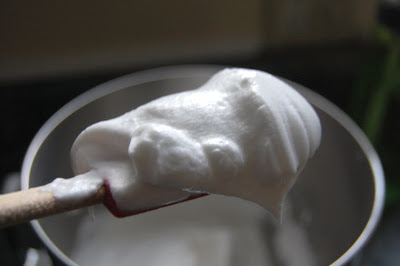 The whites were then folded into the chocolate. 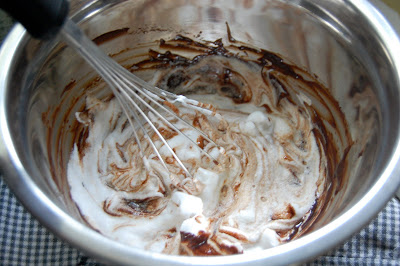 And then scooped into cupcake liners. 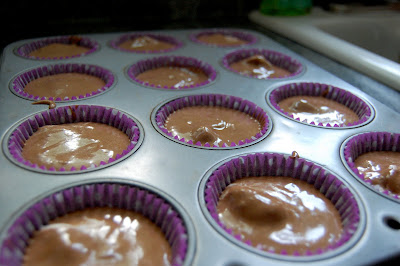 These baked at a low temperature for a longer period of time. They rose really high then sunk at the end of the cooking time. 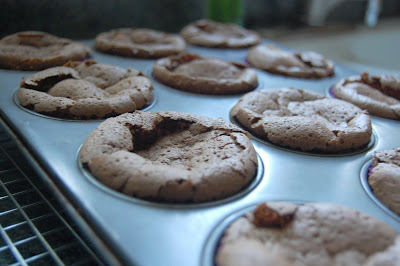 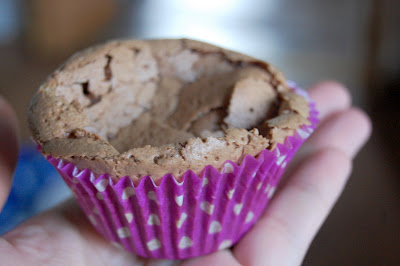 It looks like a flop but really it's supposed to look like that!
Once they were mostly cooled. We put a scoop of vanilla ice cream in and enjoyed! I really enjoyed these. They had a crispy top and a small layer of fudgy cake at the bottom. I would definitely make these again. You can find the recipe HERE! 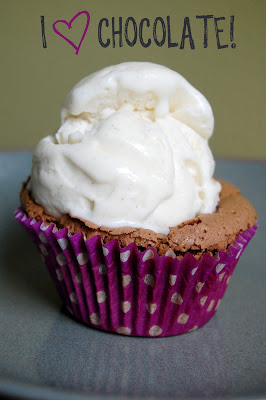